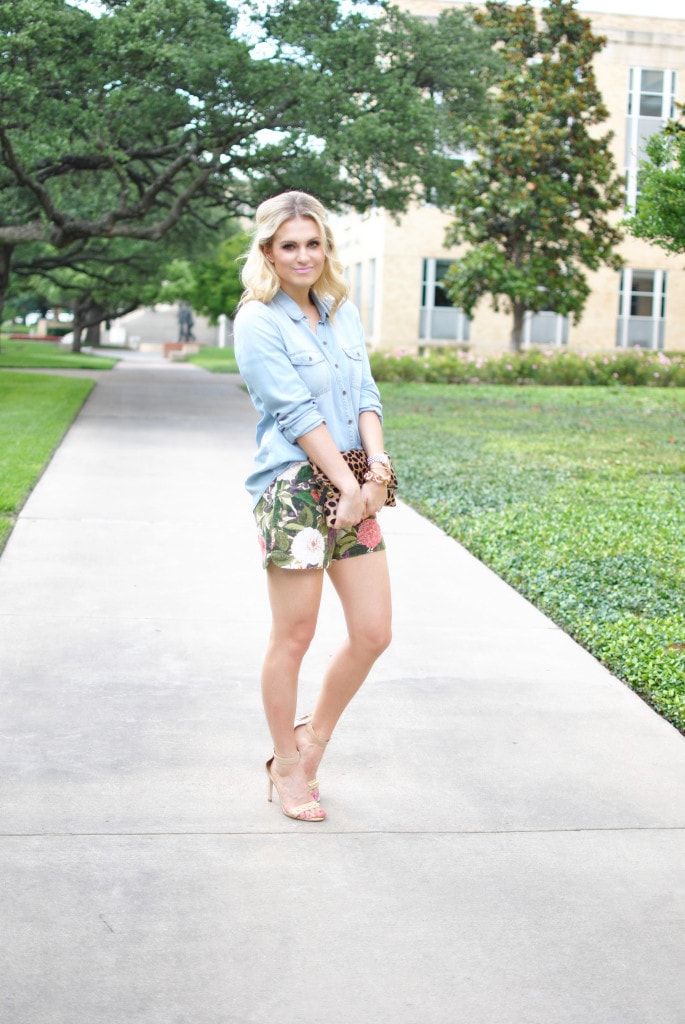 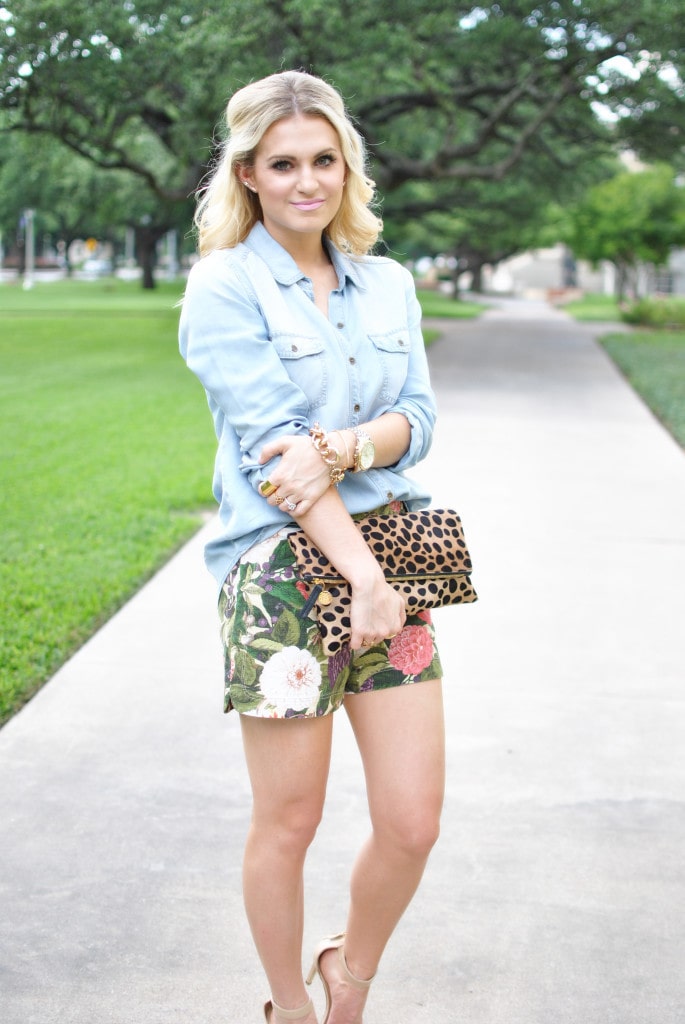 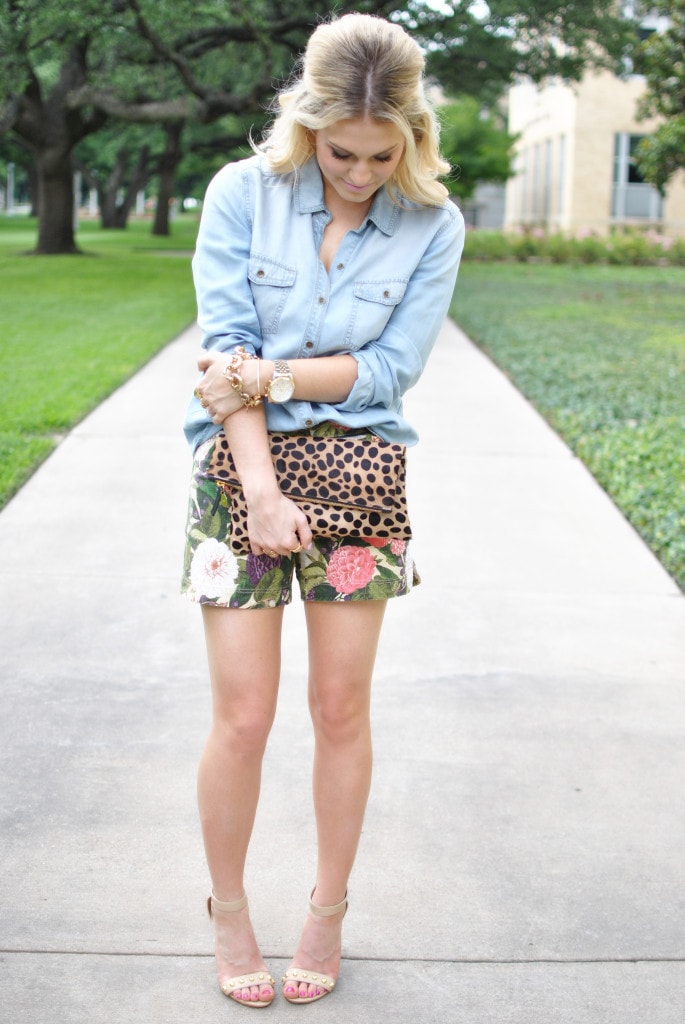 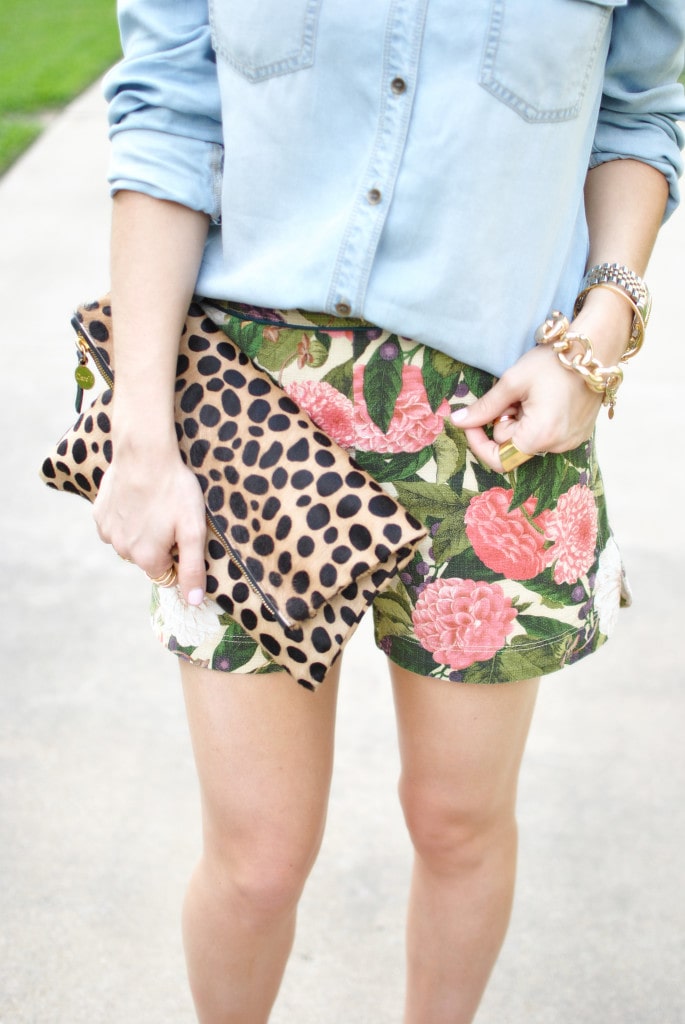 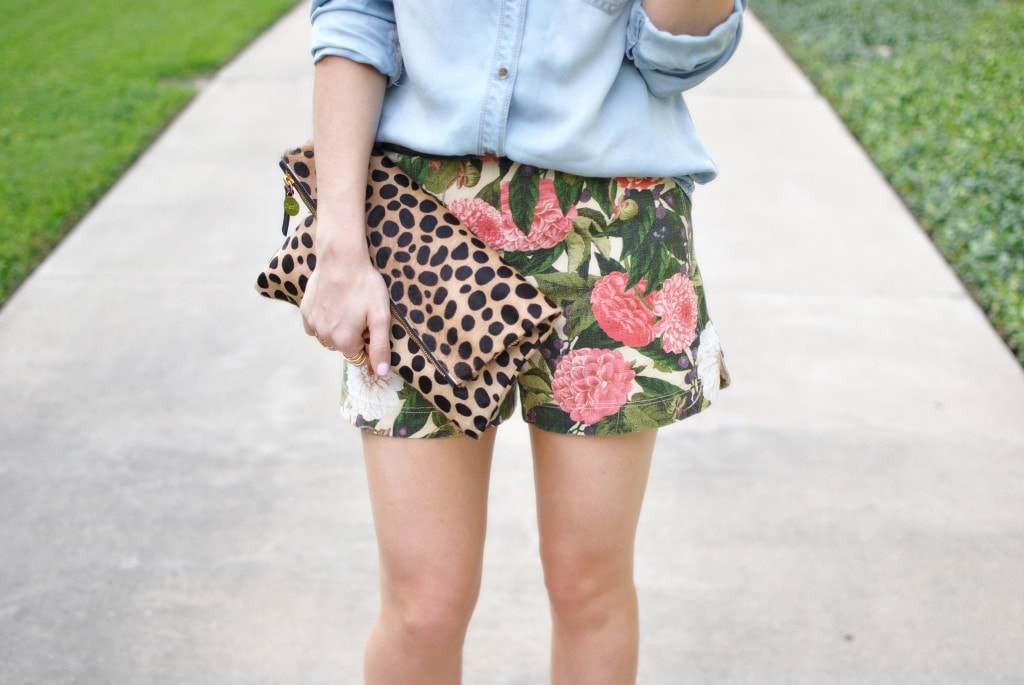 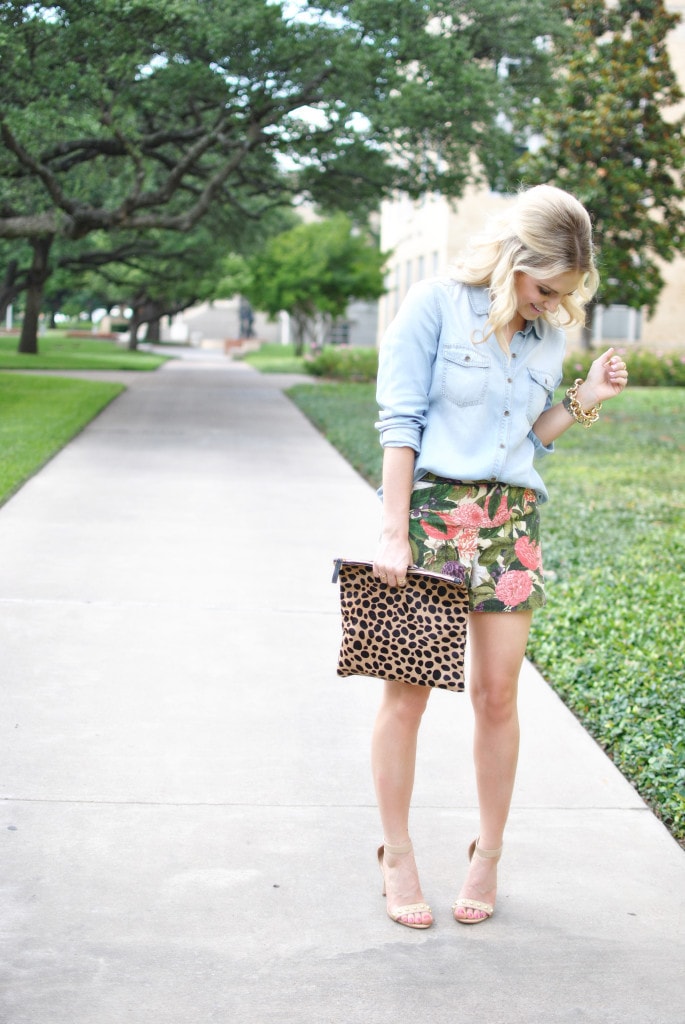 Chambray is the equalizer. It’s Switzerland. It’s neutral. If you are scared to bring two prints together just add chambray in as the ultimate buffer!

I hope your weekend is off to an early start! Last night Paul and I got to celebrate our anniversary! And if I’m being honest we probably won’t ever stop. I’m never one to turn down a reason for cake, so we’ll be 57 celebrating our dating anniversary and our married one! haha.

He never asks for ANYTHING. My photo stream on my phone is a constant screenshot of items I’m wanting to purchase and it takes me hounding him to see if he wants anything. We wouldn’t normally do anniversary presents but I felt so bad he never splurges on himself, so I went ahead and got him the one thing he had even casually mentioned a few weeks ago: a Fitbit. Out of all the things in the world he wanted to feel guilty about not working out enough…

I waited last minute to get it, which was really unlike me and then of course I noticed that Father’s Day is next weekend. Earth to Katey. So I scoured through stores that can get presents to your daddio by next week! 🙂

I hope you have a wonderful weekend! 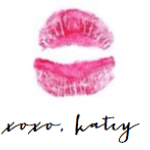